Well, it becomes quite difficult when you have to choose one over so many of them. You don’t have to worry anymore because we have got a list of 6 programming languages that will definitely be the best to choose from.

So, grab a notebook and a pen, and let’s get started –

1.       Go Programming Language -
Go Programmers get paid an average of ?1,113,500 in India. It is one of the highest paying programming languages and big companies are willing to pay great salaries to its Go developers.  Go is a free and open-source programming language that is simple, easy to build, efficient, and reliable.
Used by:
(i) Uber
(ii) SoundCloud
(iii) Netflix

2.       Scala Programming Language -
Scala programmers get paid an average of ?1,000,000 in India by big companies and MNC’s. Scala is one of the top programming languages considered all over the world. It is designed to be concise. Moreover, if you see, there is not much difference in the salary of a Go programmer and a Scala programmer.

3.       Objective – C Programming Language -
Objective-C is the best-known language by programmers and also its existence is very old. Talking about Apple Company, it used this programming language in its OSX and iOS operating systems. The average salary that a programmer can receive in this language is around INR 1,000,000 – 1,500,000 in India.

4.       CoffeeScript Programming Language -
It is easy to function and has lambda definitions with straight forward class definitions. This code is trans piled to JavaScript. It is also known to be a great improvement over JavaScript. Talking about the average salary of a CoffeeScript coder it is approximately around 7 lakhs annually in India by top companies and MNC’s.

6.       TypeScript Programming Language -
It is a free and open-source programming language that is developed and maintained by Microsoft. It is both a language as well as a tool. Basically, TypeScript is JavaScript with some added features. It is also portable. If you know TypeScript, you would get 70-80k in India from big companies.

With this, we come to the end of this blog. We hope that this will help you get some knowledge on the highest paying Programming Languages.

Check out our blogs on Programming Languages to get in-depth knowledge of both subjects.

Edustrom provides you with a platform to learn variously Programming language course and helps you master them within a limited time frame.

If you have any doubts regarding the course or syllabus, feel free to contact us. Drop a message or call us and our professionals will get in touch with you as soon as possible.

We offer Programming Languages courses on –

Why Choose Edustrom?
Edustrom provides you details about the programming language. Also, we make your future-ready by giving you industrial training and a chance to work on live ongoing projects. So, your knowledge can excel with the experience. We also provide you with a certificate stating that you are now ready to enter the industrial world. And moreover, we have a team of experts to look after your query and doubts round the clock. 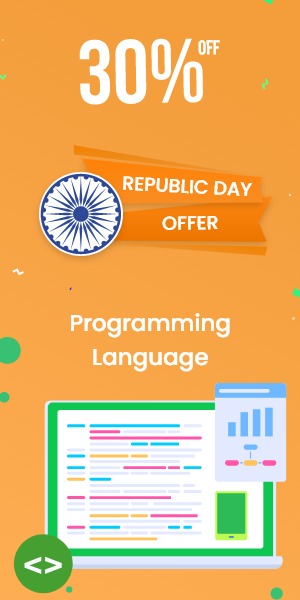