What is Graphic Designing?

Graphic Designing is the process of visual communication and problem-solving through the use of typography, photography, iconography, and illustration. It is an artistic field where information is let out in forms of visuals. Designing has been an important part of history. Since time immemorial, we can see designs been crafted upon monuments and architectural buildings. We all know that visual attraction is more than non-visual.

The design has the power to convey 1000 words in a single picture. The power of this has attracted many businesses and companies for graphic design. There is a significant growth in this industry and you can just have a look online and see numerous designs available.

Moving ahead, we will talk about some amazing facts about Graphic Designing that we bet you have not heard of. So before getting started you make sure that you are well aware of what Graphic Design is all about.

1.       Graphic Designers do not need a four- year Degree Course
Yes, some of the graphic designer study at a university but not all designers need a four year degree. Most Companies want designers who can create something new and can learn from new concepts. So, if you have a talent in you to create something unique from scratch then you can also opt for online courses and books to know about the Software.

2.       Graphic Design creates Marketing for the Company
You visit a shopping mall and see number of items placed there. Do you ever wonder that at some point of time designers have created the look that you see now? Everything you pay for probably needs a designer to make it look good and attractive. Or when you visit outside and see billboards and hoardings everywhere. Well, you are surrounded by Graphics everytime.

3.       Logo Design can be dated back to the 13th Century
It was 13th Century when Egyptians first started the designing. They used all sorts of images like those of animals or symbols to express what they feel. Some of the images also used Gods to express their emotions. Well, no wonder we know so much about them now because constructing a story from designs is way easier than reading old texts.

6.       Freelancing is an option
Graphic Designers can get many freelancing opportunities. The things they require is an internet connection and a laptop to work upon. There is no requirement to go the office and then work. They can work from home and can work for many companies and businesses at a time. So, it gives them an edge over others.

Well, that is it for the facts of the Graphic Designing. If you are someone who is interested in designing and wants to have a career in it then enhance your skills and learn the software. We wish you luck in whatever you plan to do.

You have the power to attract people in one go because first impressions really matter in the marketing business. If the customer is attracted to your product in one eye sight, then you have hit the right bull’s eye.

Why Edustrom?
Edustrom provides you with in depth knowledge on Graphic Designing. Also, we make you future ready by giving you industrial training and a chance to work on the live ongoing projects. So, your knowledge can excel with the experience. We also provide you with a certificate stating that you are now ready to enter the industrial world. And moreover, we have a team of experts to look after your query and doubts round the clock. 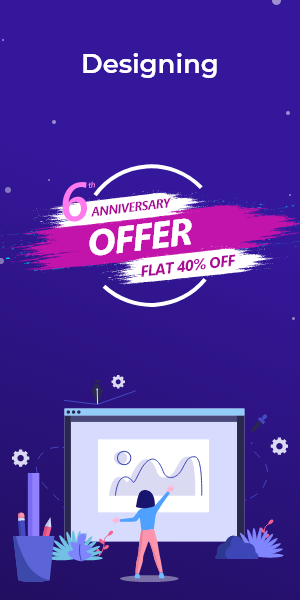